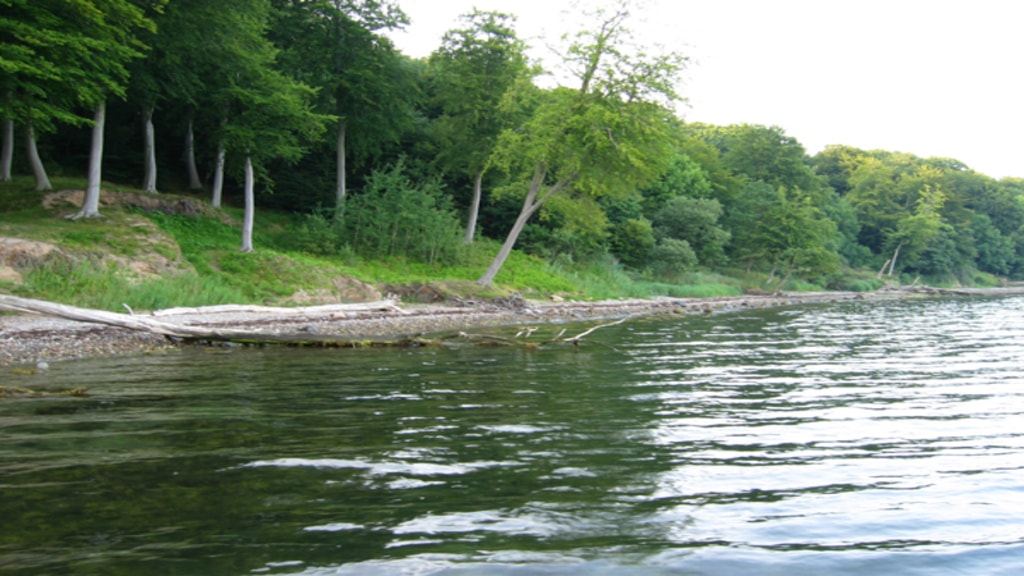 In Grund Forest it is told that there lies a hidden treasure nearby Vejle Fjord. In the forest lies Guldhøj, which carries this name because of count Ott, who hid lots of gold in the warren.
Count Ott has long been passed away and it is said that when you dig in the warren to find the treasure, a tall slender hunter in green clothes appear. He is accompanied by a lot of dogs, coming fromall sides. It is the wild hunter count Ott himself who daily rides around to hunt.
He was a reckless soul and once he went to the alter in Ørum Church, took the oblate out of his mouth instead of swallowing it, put it on a tree and practiced his shot at it.
Since then he never found peace, but had to hunt all the time. As he was on his deathbed, the priest was summoned to help him to the other side, but the sick count said that he only had one wish; to hunt in the forests for eternity.
To this day he still hunts the forests Rosenvold and Ørumgaard, until he disappears on Hostrup Field followed by a pack of barking dogs.