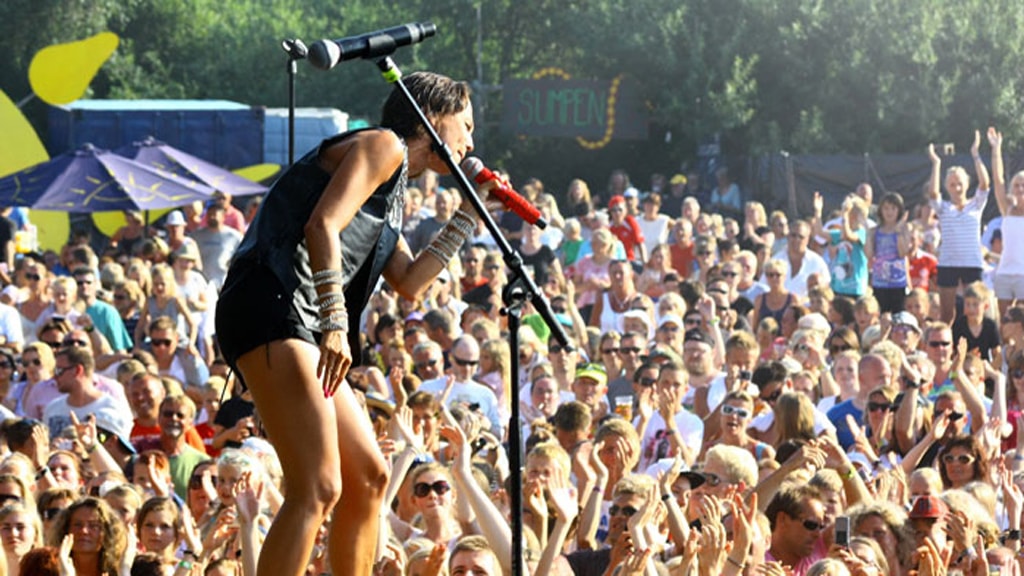 May 10-12
Samsø Cup 2019
Samsø offers supreme conditions for sea trout fishing, and with a coast line of more than 120 kilometres of beautiful littoral stretches rich in fish, meaning there is room for lots of participants. And with everything from fiords to spectacular open coasts round the whole island, it is never difficult to find a sheltered place. There will be attractive prizes for the winners
www.samsoe-sff.dk

May 25
Samsø’s Best Open Potato Sandwich
For the eighth year running the island’s restaurants will participate in the competition to create “Samsøs bedste kartoffelmad”. The audience can build their own sandwiches, whilst having a nice chat with their fellow participants. The panel of judges consists of famous names from the national food and restaurant industry.

May 31
Open by Night in Tranebjerg
The town’s stores will be open late plus there is entertainment for both children and adults. Grab a bargain, take part in competitions and sample some of the delicious food.

June 14-16
Strikkeweekend (Knitting Weekend)
Bring your knitting gear, your friends and your family to Samsø for an educational and cosy weekend centred around knitting. Participate in one of the interesting workshops, visit the yarn market or take a look at the knitwear exhibition.
www.saelvigbugtens-camping.dk

June 15
Samsø ULTRA
The idea is that the race is as simple and uncomplicated as possible. The social element and general feeling of togetherness are both given pride of place. It caters chiefly for those who want to do something different from what they usually do. The race includes several distances with 100 kilometres as the longest distance, and half-marathons as the shortest. If you choose the longest distance, you will get a chance to discover the totality of Denmark’s nature in one race.
www.samsoe-ultra.dk

June 15-16
Sommer i By (Summer in Town)
Each year on the first Sunday following Pentecost, local residents ride “Sommer i By”. Beautifully decorated horses and their riders ride through Nordby with banners and flags. The horses are followed by a parade with horse carriages and elegantly dressed passengers. To mark the parade there will be a party, a collective dinner, music and fun in Nordby.
www.nordbysamso.dk

June 15-16
Samsø Råvarefestival (Samsø Produce Festival)
This year the traditional “Samsø Råvarefestival” will be held in June. Participate in celebrating Samsø’s great specialities and produce. Food samples, entertainment, markets, activities for the entire family and much more. On Saturday evening, there will be a big party as well as the Tug of War Championship of Samsø.
www.samsoraavarefestival.dk

June 22-30
KUNSTØ
KUNSTØ (ARTISLAND) is a week where performing artists invite you to attend workshops, exhibitions and lectures on art. The art experiences are seasoned with common meals and music inside and in Samsø’s unique nature.
www.kunstø.dk

July 13
Samsø Traktortræk (Samsø Tractor Pulling)
If you like roaring machines, horsepowers by the bundle, smoke and noise, then Samsø Traktortræk is for you. Participants will come from Samsø and throughout Denmark, and will compete in multiple classes; from the very heavy monster machines to ordinary garden tractors. A pleasant day out for the entire family.
www.samsoelu.com

July 14
Samsø Family Run
Come and race in Samsø’s lovely nature. There are 2 km for children, and both 5 km and 10 km for adults. All routes start and finish at Kanhave. It is free to participate.

July 17-20
Samsø Festival
Ever since 1989, Samsø has hosted one of the friendliest and most beautifully situated music festivals. Surrounded by fields and only a few metres away from a wonderful beach, Samsø Festival is a popular choice for both families, teenagers, and not forgetting those with a few grey hairs.
www.samfest.dk

July 25-27
Samsø Jazz Festival
The line-up is focused on high artistic quality, stylistic diversity and a mixture of established artists and young up and coming talent that will meet on Samsø in order to inspire each other and the audience. The festival is arranged by two young guys from Samsø in close collaboration with the Samsø Big Band association.
www.samsoejazzfest.dk

July 27-28
Old-Fashioned Market by the Museum
Here you can experience market fun and songstresses. You can listen to street organs and troubadours. You can ride the carousel, fish in the duck pond and do other traditional things from jolly old times. Old-fashioned pastries and Bavarian beer will be served, and the market stalls will sell all kinds of stuff.
www.samsoemuseum.dk

July 31
Summer in Tranebjerg
The town’s stores will be open late plus there is entertainment for both children and adults. Grab a bargain, take part in competitions and sample some of the delicious food.

August 24
Samsø Marathon
Exercisers with a taste for beautiful nature can participate in “Denmark’s most cosy marathon”. The 42 kilometre route covers most of the island and leads you along the coast, through the idyllic small towns and over a “hill from hell” with a height of around 800 metres.
www.samsømarathon.dk

September 13-15
Samsø Open in darts
Samsø Darts Club organizes for the 30th time the major darts tournament, Samsø Open. With more than 300 participants, the event has been Denmark’s biggest darts tournament over the last several years, but there is always room for more, both participants and spectators.
www.samsodartclub.dk

October 12
Energy and House Trade Show
Brdr. Stjerne in Besser will host an energy and house trade show where interested house owners can study the latest initiatives in the field of energy friendly solutions for private homes. At this trade show, suppliers and local craftsmen will explain about everything from smart wood burning stoves, heat pumps, and solar cell systems on the roof as well as house renovation in general.
www.brdrstjerne.dk

October 13
Chestnut Festival
Craftsmen, artists and local producers present their autumn products in Nordby. First of all, we’ll pay homage to the edible chestnut and other sorts of nuts and provide information about different sorts, reproduction, sale and stalls but there will also be many other autumn products, artistic performance and children’s activities.
facebook: @kastanjefestival

October 15
Autumn in Tranebjerg
The town’s stores will be open late plus there is entertainment for both children and adults. Grab a bargain, take part in competitions and sample some of the delicious food.

October 16
Halloween Race in the Samsø Maze
During the autumn half-term break , we open up for nocturnal adventure in the World’s Biggest Maze. Brave people may meet with a very special experience in their attempts to find their way out in pitch darkness. Dare you accept this challenge?
www.samsolabyrinten.com

October 17
Store Græskardag (Great Pumpkin Day)
For many years, Samsø has been a major supplier of Halloween pumpkins to the rest of Denmark, and when autumn hits, the fields light up with a pretty orange glow. In October, the pumpkin is particularly celebrated on Great Pumpkin Day where children and adults alike can have a great time carving pumpkins and taking home their works of art.

November 29
Lighting of the Christmas Tree in Tranebjerg
The biggest Christmas tree on the island is lit in front of the town hall, Anton Rosens Hus. There will be songs from the choir, Gløgg (mulled wine), pastries, and presents for the children.