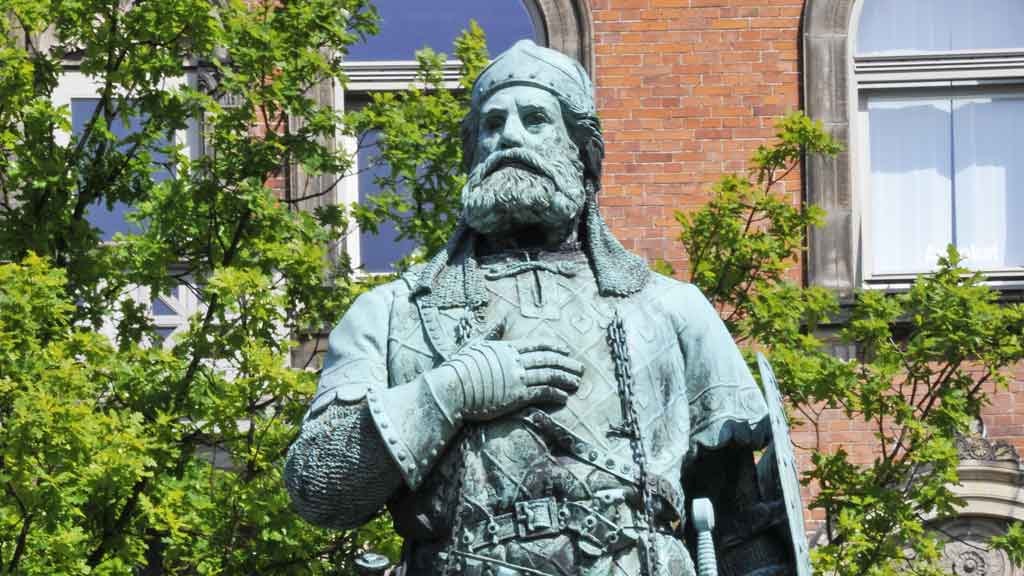 The House of Niels Ebbesen - A Place with Tremendous History

The house was build by merchant and councilman Jens Jensen. It is the largest preserved lumbered house in Randers and was build in 1643.

Myth tells us that it was in this house the town hero, Niels Ebbesen, killed Count Geert in 1340. Jutland was pledged to the Holstein Count Geert. He had occupied most of Jutland and had now settled in Randers with 4000 men. The Jutland Armed Forces rebuked Count Geert. Among these were Niels Ebbesen, who gathered a group of men and rode in to Randers. Here they sought Count Gert, and Niels Ebbesen killed him. According to the myth, Svend Trøst was the officer who was too scared to go into town to kill the Count. Instead, he loosened the planks in Randers Bridge so that they could tilt in the river. By doing so, an eventual retaliation on behalf of Count Geert was impossible.

Don't close the Hatch on the Second Floor

It is said that you should always let the hatch on second floor remain open so that the spirit of Count Geert can get out. If  the hatch is closed is it certain that all kinds of unfortunate events will fall upon Randers.