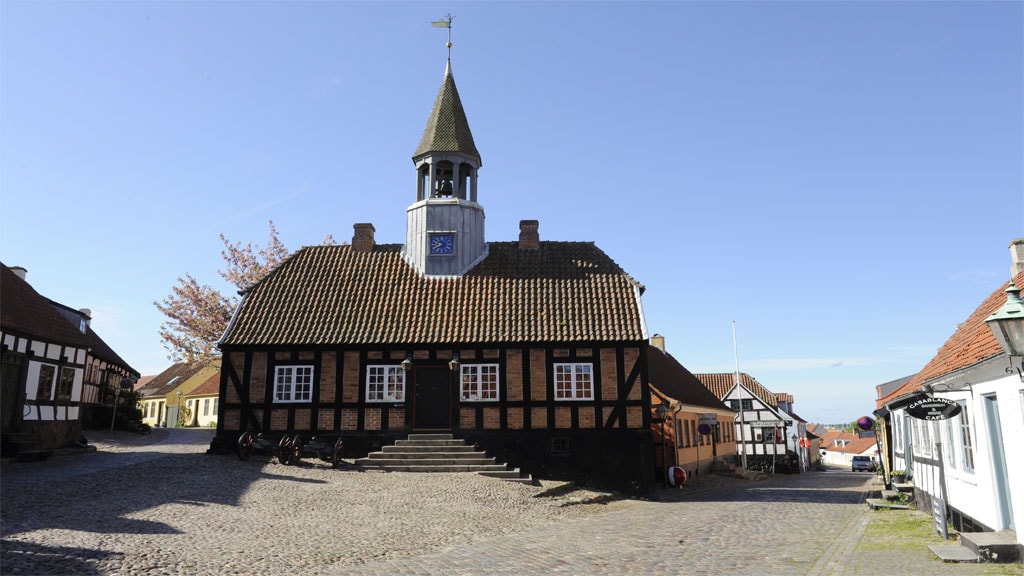 In the middle of Ebletoft, you will find the Old Townhall, which is a great time pocket to step into.

The Old Townhall in Ebeltoft was build in 1789 - on the same place as the first townhall of the city from 1576.

From 1840 the Townhall was used as a private dwelling untill 1909, where it was turned into a museum. In the Townhall you find the gaurdroom, the courtroom, where the civil weddings since 1972 take place, the old livingroom from Mols and exhibitons dealing with the history of the town. In the basement you still find traces of the dungeons.