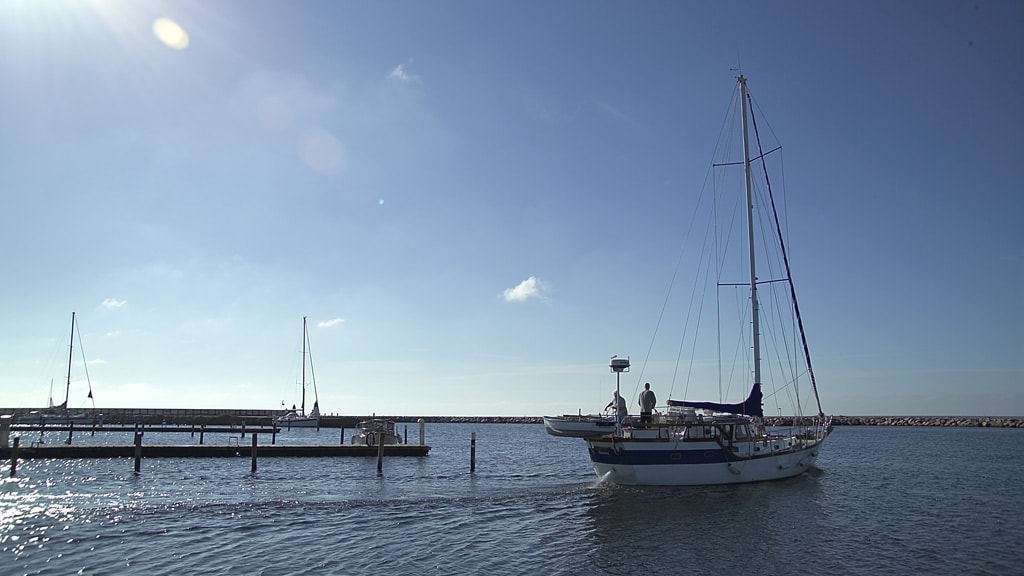 Photo: Destination Djursland
Activities
Yachting harbours
Grenaa Marina is an obvious choice for yachtsmen from Norway, Sweden, and the other Danish islands.
Address

The marina is located south of the commercial harbour, and only a few hundred metres Grenaa Harbour commercial centre. The harbour is built over two artificial islands, where service buildings with toilets and showers, as well as a launderette, have been established.

The marina is arranged in such a way, that also sailers with dinghies and rowers with the sea as a hobby, have their natural whereabouts in the harbour, for one thing, the fitted river port. On the innermost part of the harbour, the project is finished with a lagoon. Grenaa Marina wishes guest sailers, as well as regular guests, a good stay in the CITY BY THE WATER - CENTER OF THE COUNTRY.

The marina has lots of space for motorhomes, and the marina is becoming a more popular place for these.

The marina has a café, restaurant, shops, and a playground, as well as Kattegatcentret,  is its closest neighbour.